Want a healthy take on traditional soy-glazed eggplant? Well, this is it! Instead of using soy sauce, this recipe calls for coconut aminos instead. Coconut Aminos is an excellent replacement for soy sauce and it is packed with tons of nutrients, amino acids, and is low in calories! It is perfect to use when recreating Asian dishes and it is SUPER flavorful!

What are Coconut Aminos?

Coconut Aminos is made from the liquid of fermented sap from coconut palm tree and sea salt. It is savory, slightly sweet, and has the similar umami flavor of soy sauce. Don’t worry, it actually does not taste like coconut at all. It is perfect if you are looking for a gluten-free, Paleo, or Whole30 option to typical soy sauce.

What are some health benefits of Coconut Aminos?

Well, first, it has significantly less salt than the standard soy sauce. So, for those watching your sodium intake, coconut aminos is a great option. Coconut Aminos also have a great nutrient profile. It has:

How to use Coconut Aminos?

So, now that you are completely well-versed in all things coconut amino, let’s dive into the recipe.

This recipe is an effortless dish that turns out great every single time; takes little work, no time, and gives you a phenomenal vegetable dish.

First, slice the eggplant into large dials. Then slice the dials into 3/4-inch cubes. 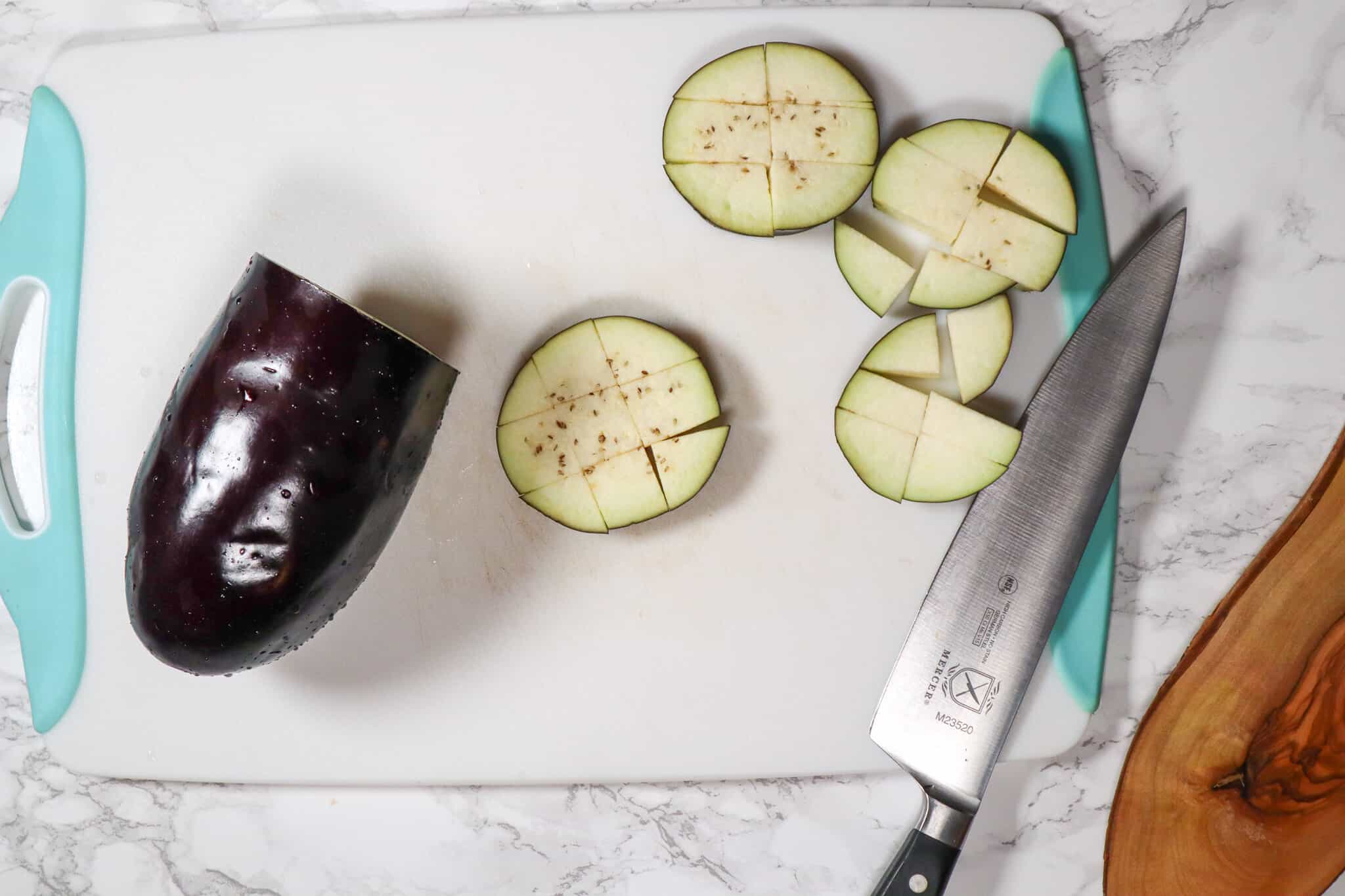 Then, in a pan over medium heat, add coconut oil (or olive oil) and add eggplant cubes. Saute the cubes for about 15 minutes (or until soft), making sure to stir occasionally. Eggplant is highly absorbent, so you may need to add a tablespoon or two of oil during the cooking process. 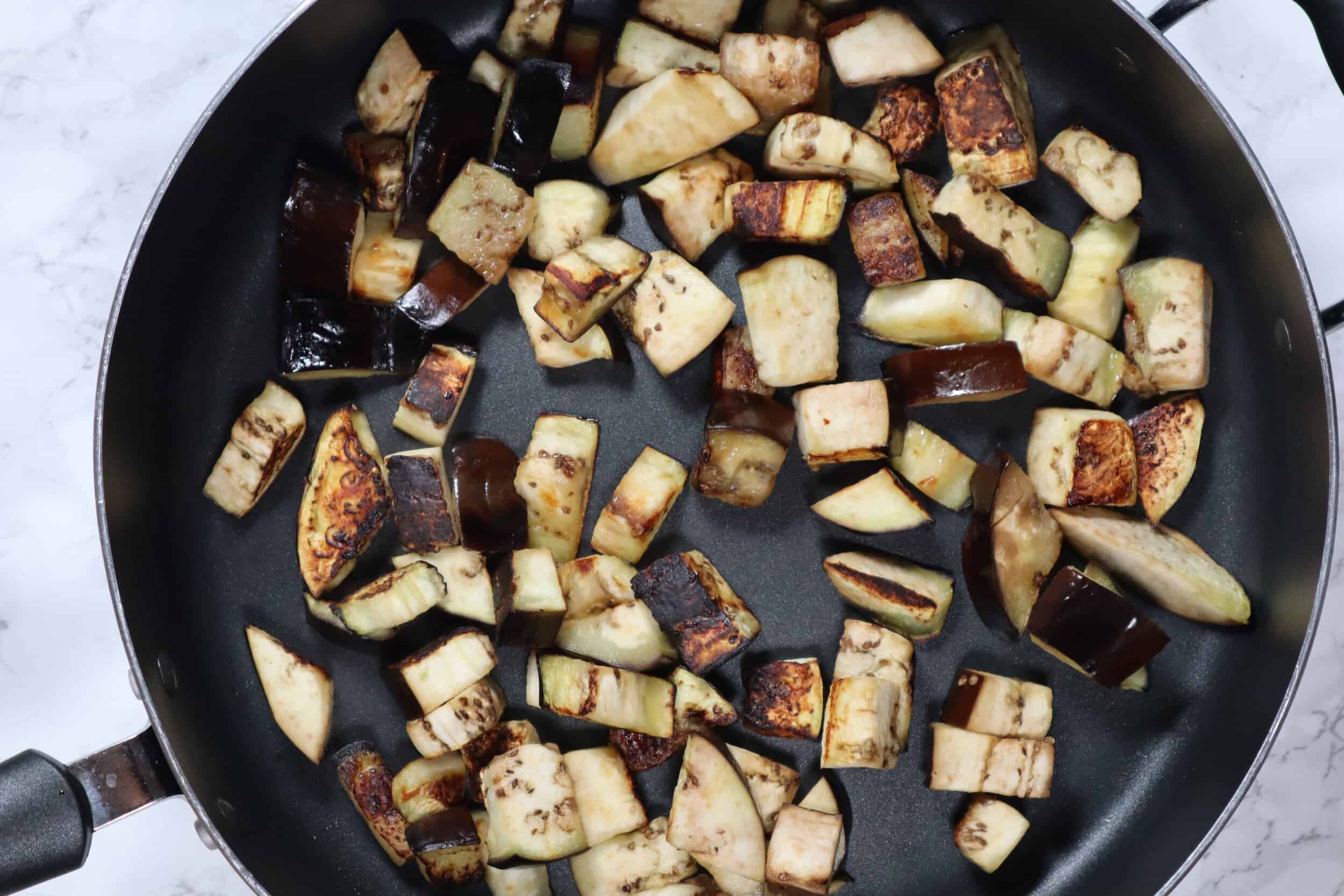 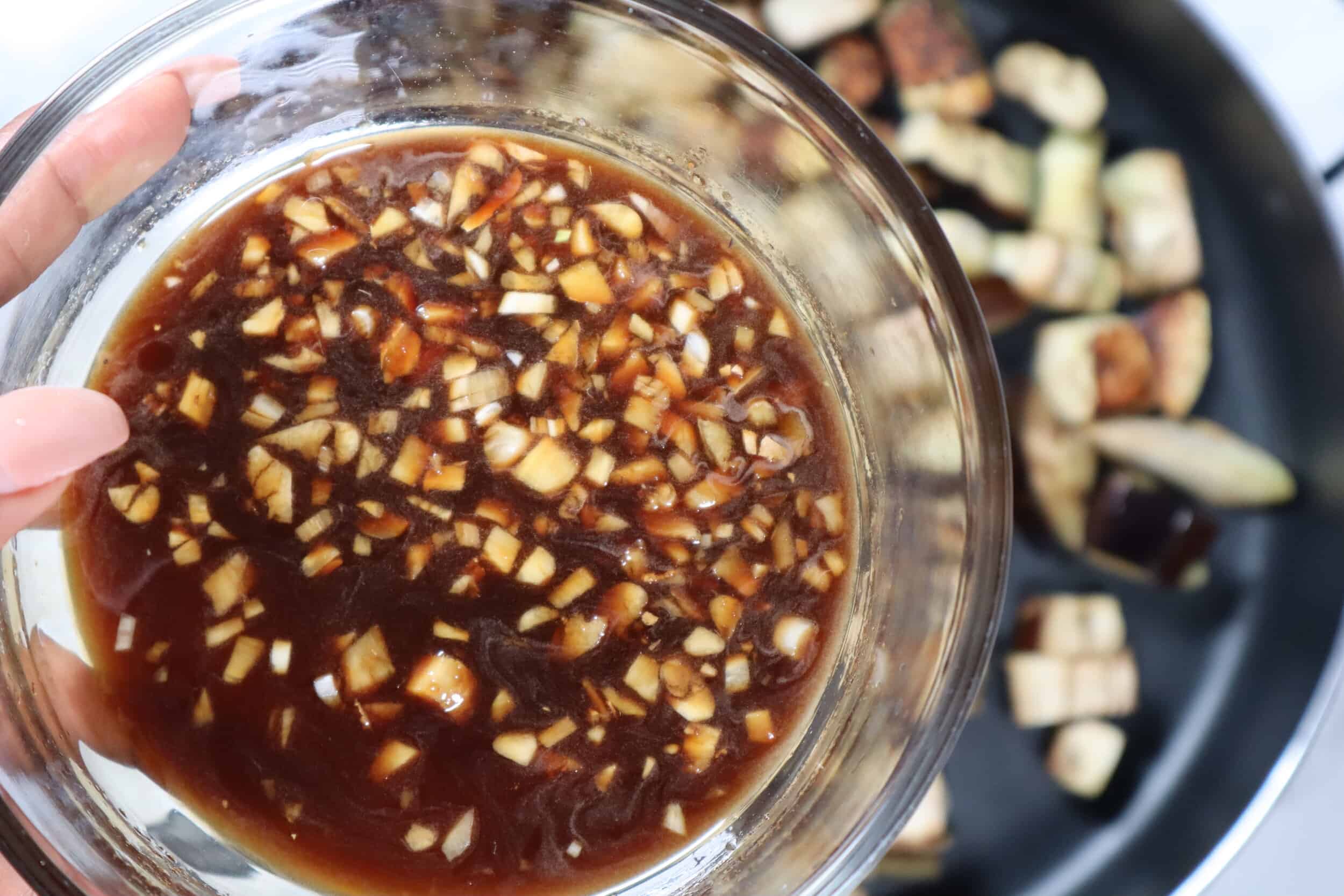 Continue to stir and cook the eggplant in the pan, for about 5-10 minutes. The sauce should reduce and be absorbed by the eggplant. The eggplant should be soft. 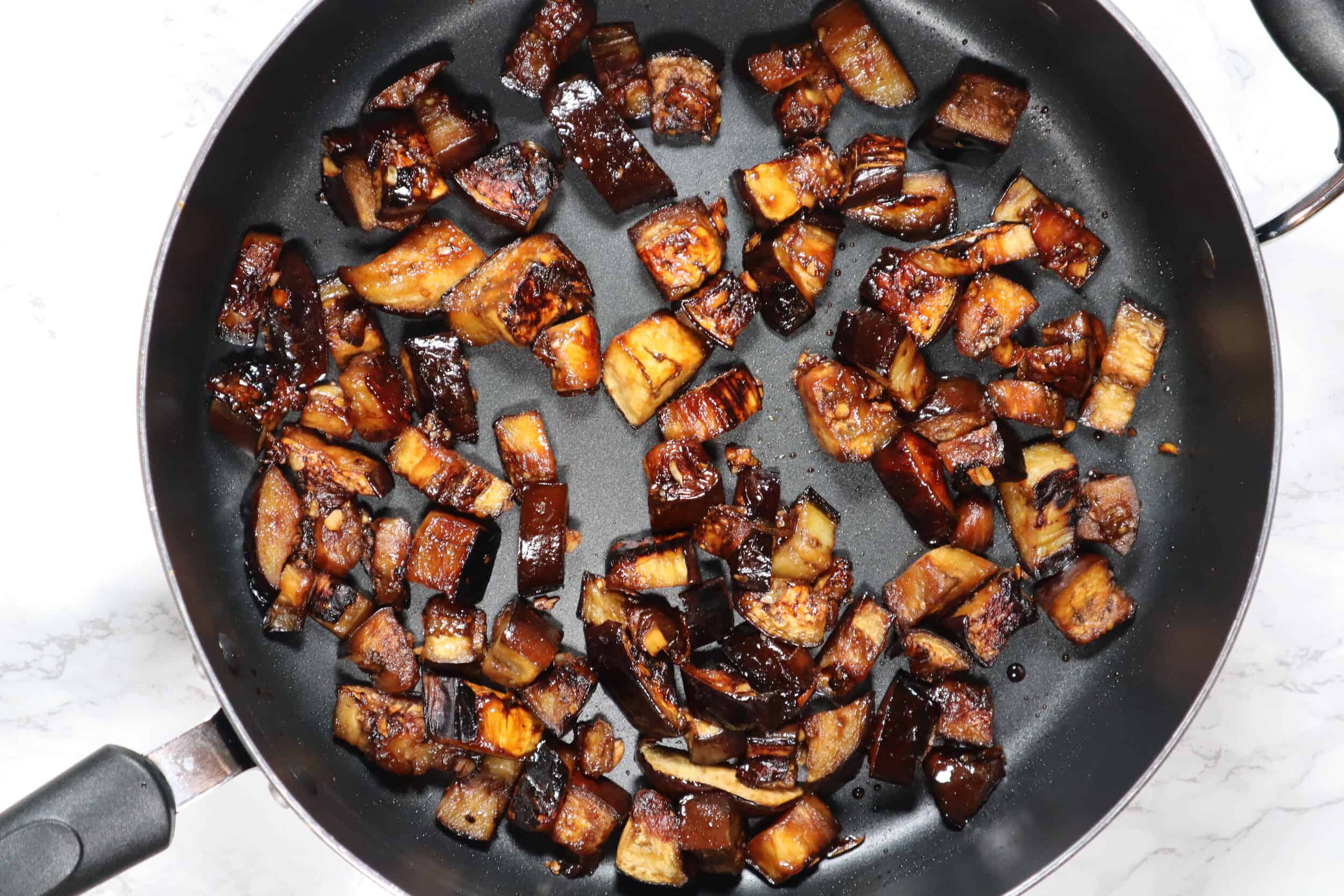 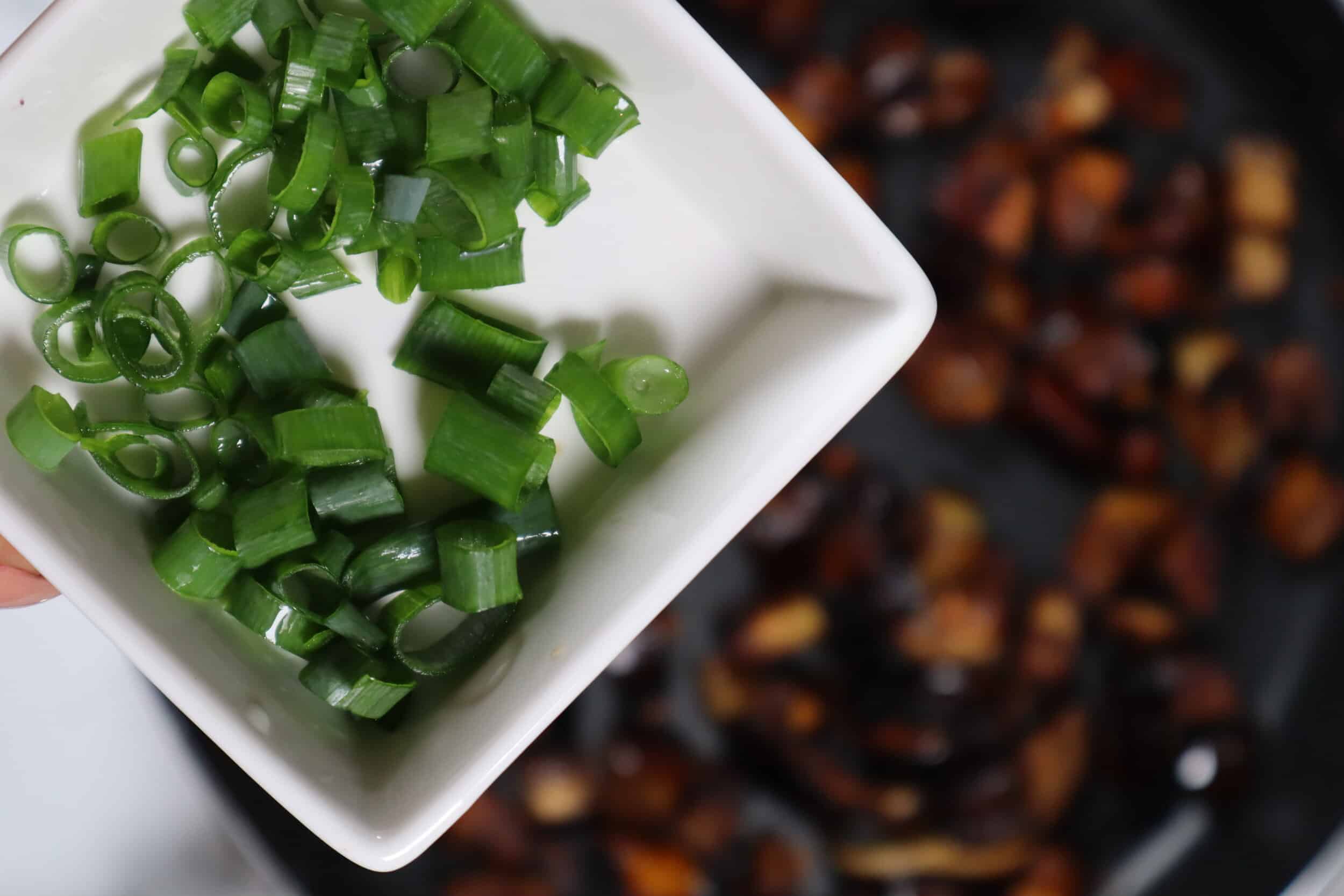 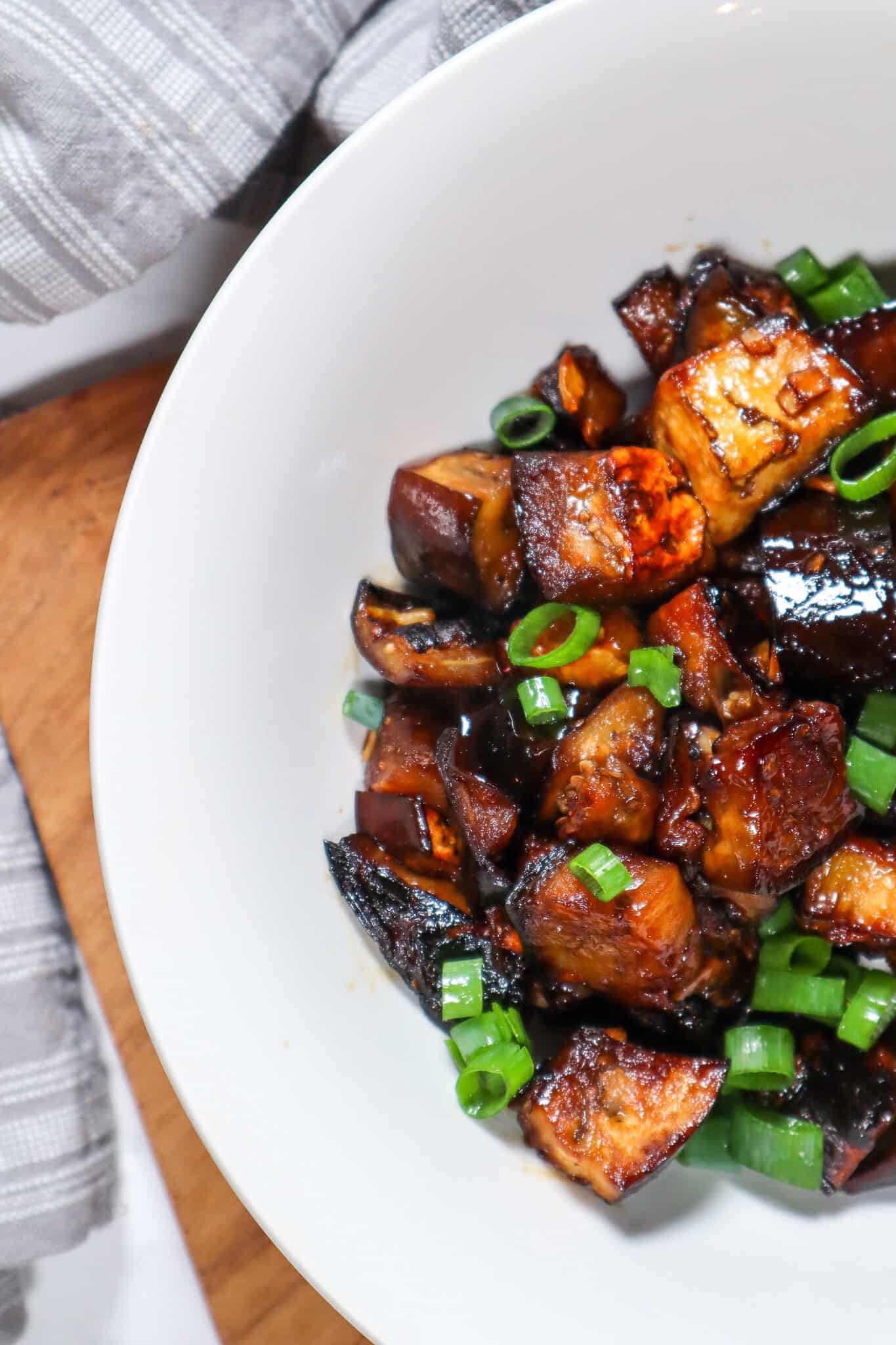 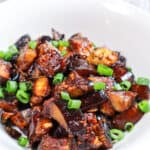 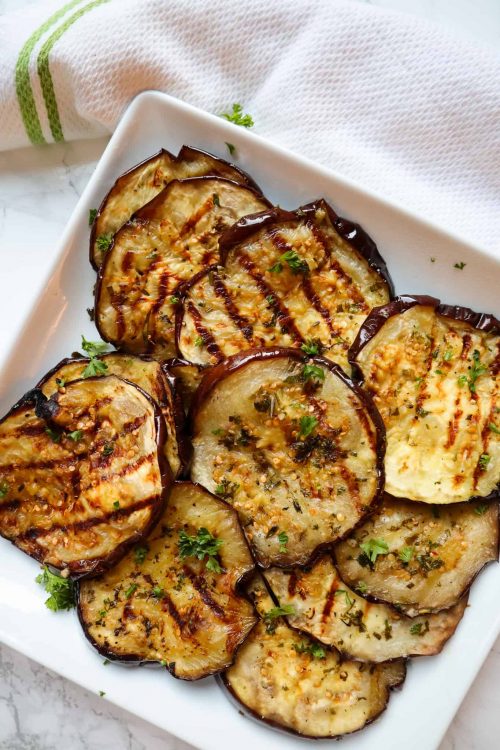 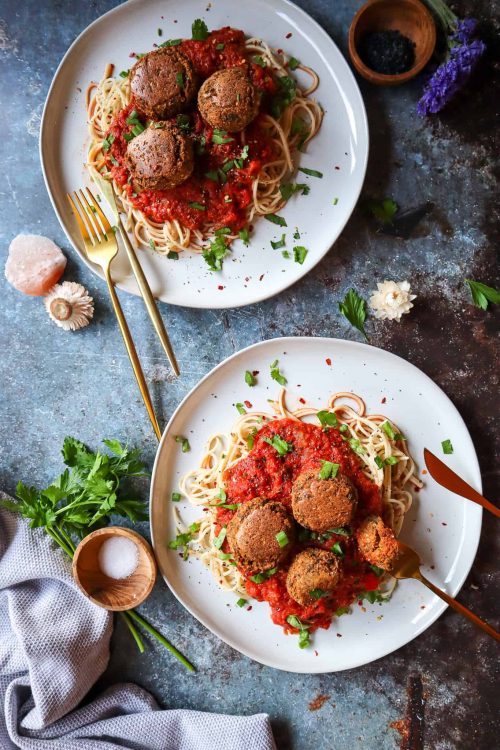 Such a fun way to prepare eggplants. So easy and so yummy.

I love eggplants, and it is such a great idea to use coconut aminos instead of soy sauce! Will be making this version soon.

YUM! I have all of these ingredients so am going to give it a go this weekend. The recipe looks absolutely delicious! I love coconut aminos but don’t use it enough in recipes. Looking forward to trying it.

Wow, I’m a big fan of eggplant and this dish looks amazing. I could do with this op top of a bowl of rice right now!

I love eggplants and you have shown me a new way to cook them!! Thank-you for that the flavours sound delicious.

I’ve never really cooked with coconut aminos, but this is the perfect recipe to start doing so!

Hi Marta! Definitely! I use it often, to season salmon, in marinades, or for glazes like this recipe! 🙂

This is the best recipe for eggplant AND it’s gluten free! Can’t wait to try this again.

Hi Krysten! I am so glad you like the recipe!

Ohhhh I never heard of coconut aminos before (and I grew up in Brazil surrounded by coconut trees ahahah). I loved learning and all the deets you provided. I didn’t have any cococnut aminos this time, but based on your description, I subbed it with soy sauce and the dish came out so good!!! I can’t wait to try it with the aminos when I find it!! Thanks!!

Hi Aline! I am so happy you enjoyed learning about coconut aminos! I actually offer my favorite coconut aminos in my shop under ‘Gluten-Free’ if you’re interested! I am glad you like the recipe! 🙂

Eggplant is such a versatile vegetable, but I definitely never thought about glazing it the way you did. It was so simple to prepare, and was absolutely delicious.

I am glad you like! This is one of my favorite ways to prepare eggplant!

This looks amazing! Didn’t know I needed this until today!

I’m looking to incorporate more plant based meals into my diet. I’ve tried cooking eggplant before but it didn’t turn out as well as I’d like. Your recipe inspires me to try again. It looks amazing.

Hi Regina! I am glad you’re open to trying eggplant again. It’s definitely all in the way it’s prepared and with this recipe, you should have no doubts! I hope you enjoy!

I have never tasted egg plant and you have introduced me to a new recipe!!

I didn’t know eggplants would look this delicious!

Definitely! I love how versatile eggplant is! I’m happy you like the recipe!

I could eat the whole pan in one sitting. Have mercy this looks delicious!

I love Eggplants and I am in love with this recipe. So so delicious. Thank you.

I love the simplicity of this recipe. Everything comes together so easily.

This has so much flavor, and is completely satisfying as a stand-alone meal. Came together much more quickly on my gas range than expected, and is definitely a make-again recipe.

Hi Brittany! I am so glad you liked the recipe!

Hi! Sounds amazing! How much sugar should be added? Thanks!

sweet, delicious, LOVE this recipe! Thanks for sharing and the directions were so simple!!

You’re so welcome! I am happy you enjoyed it!

[…] that don’t make you compromise texture or taste! Try out my Crispy Baked Sweet Potato Fries or my Healthy “Soy” Glazed Eggplant—so easy & […] 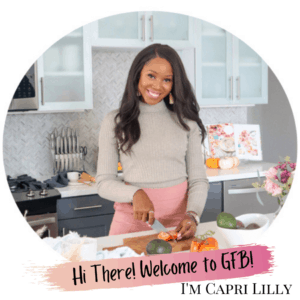 Welcome to GoodFoodBaddie! I am here to show you how to make incredibly delicious, healthy recipes that will not only satisfy your tastebuds, but will nourish your body as well! Find tasty, easy-to-make recipes, and a ton of gluten-free, dairy-free, and plant-based dishes that will blow you away! Have fun cheffing, baddies!

What are you hungry for?

"A Baddie is a confident and driven go-getter. Someone who tenaciously chases their dreams and pursues their goals! A baddie is also someone who inspires and uplifts others. Someone “who fixes the crown of another without telling the world its crooked.” xo 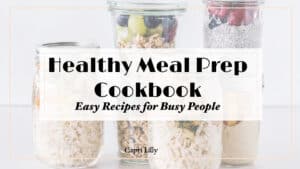